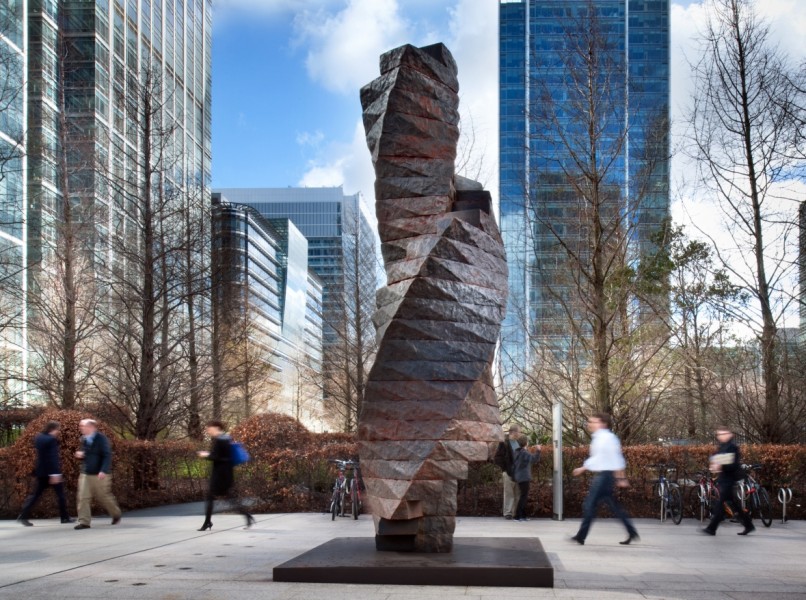 Charles Hadcock’s Torsion II has been described as being like a stairway to the stars. It is an example of the artist’s practice of revisiting his sculptures over time, transforming them in the process, part of his strategy to kick-start new ideas and new sources of inspiration.

Here Hadcock added further sections to an existing work Torsion I, already a tall spiralling form, as he was preparing for his exhibition in Canary Wharf’s Jubilee Park in Spring 2011. Torsion II and Helisphere were purchased for the collection.