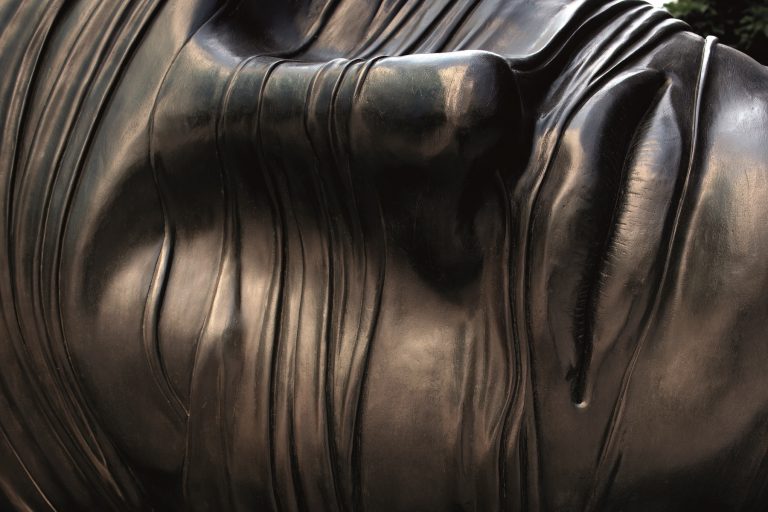 Three sculptures by Polish artist Igor Mitoraj (1944-2014) are found at Canary Wharf, representing some of the themes that occupied him: here the bandaged face of Testa Addormentata (‘Head Asleep’). His enigmatic works combine the surreal with the antiquity of Ancient Greece and Rome.

His earlier sculpture was predominantly in terracotta or bronze, but he turned to marble following a trip to Carrara, Italy in 1979. In 2012 he received the Commander’s Cross of the Order of Polonia Restituta, one of Poland’s highest orders.