From Canary Wharf To Anywhere

How Good Is The Transport In Canary Wharf?

For years, Canary Wharf was known as London’s financial district. The Estate’s continuing evolution has seen it become a city within a city, boasting desirable residential buildings, parks and open spaces, a number of shops and restaurants, and exciting events. Unsurprisingly, Canary Wharf’s transport links are extensive, and they’re dependable.

The Canary Wharf station (Zone 2) is served by the Jubilee and Elizabeth lines, as well as the Docklands Light Railway (DLR). Where Canary Wharf to Bond Street is just a 15-minute journey.

Other transport options include Santander Cycles, which are ideal for the popular cycle route to Canary Wharf, and taxis leaving from several Tower Hamlets taxi ranks.

The excellent Canary Wharf transport links put some of London’s most exciting tourist and social destinations in easy reach. If you’re craving a hearty Indian food, then Dishoom is just 20 minutes from Canary Wharf Station. Or if you’re in the mood for some entertainment then check out Canary Wharfs Fairgame, a trendy arcade selling delicious food.

To Waterloo For the London Eye and More

Waterloo Station is your gateway to the London Eye and other attractions. Take the westbound Jubilee line from the Estate to Waterloo station, which is a nine-minute journey. When returning from Waterloo to Canary Wharf, take the eastbound Jubilee line.

To Kings Cross St Pancras The British Library and More

To Oxford Circus For Shopping and More

To London Bridge For The Shard and More

To Paddington For Hyde Park and More

Whilst Canary Wharf has always had exceptional transport links within London, now if you’re travelling further afield you can benefit from the new Elizabeth line taking you all the way to Heathrow airport. With London City airport 20 mins away and Heathrow now just a short 45 minutes, Canary Wharf provides its residence with not just access across London but also to the rest of the world.

This is just a small taste of where you can go and what you can do, thanks to the excellent Canary Wharf transport links.

Finally, access to the rest of London is at your fingertips as access to the Jubilee, DLR, and Elizabeth line is just a stone’s throw away from all the residences available at Canary Wharf. 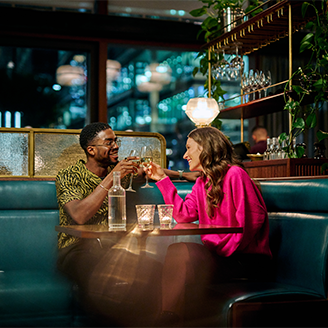 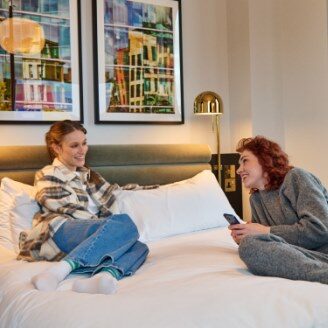 How to spend 48 hours in Canary Wharf How to do wellness in the heart of Canary Wharf How to do Veganuary in Canary Wharf