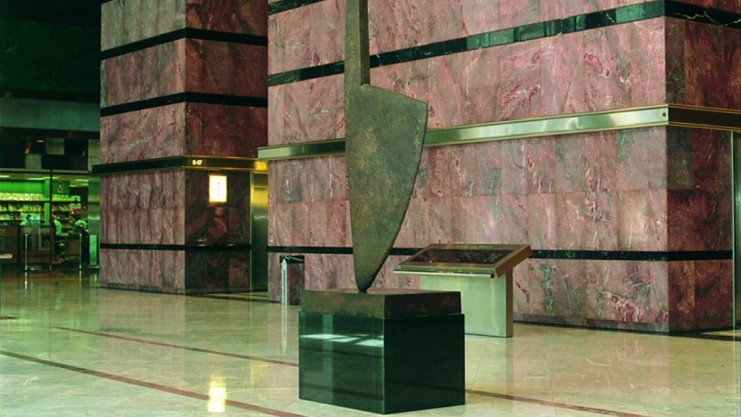 Blade of Venus by William Turnbull (1922-2012) is part of a series of bronzes that originated in the shape of Japanese swords and Chinese chopping knives.

The metamorphosis of these hidden references adds an element of ambiguity and the surreal, giving the image a wide frame of reference and a compelling figurative identity.William Turnbull’s bronzes are distinguished by a rich contrast in surface, patina and detail, which create a kind of skin.

Blade of Venus is situated in the centre of the Lobby, behind the security barriers, but it can be viewed from the public areas