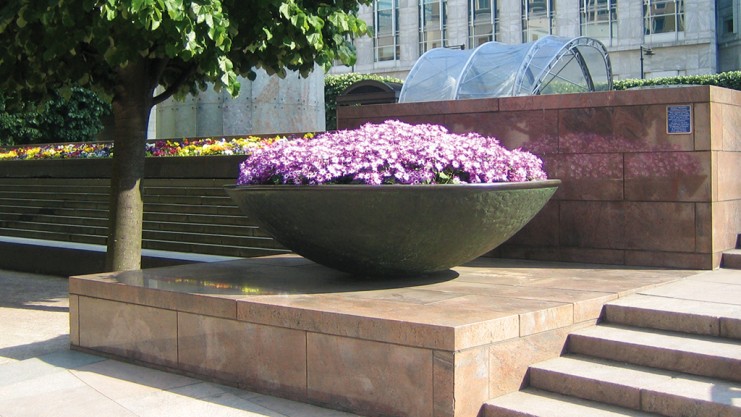 Philip Jackson CVO is best known for his figurative bronze sculptures, such as the equestrian statue of the Queen commissioned for her Golden Jubilee, the bronze memorial statue of The Queen Mother in The Mall unveiled in 2009 and his group of seven figures for the Bomber Command Memorial in Green Park in 2012.

At Canary Wharf he worked with architects Skidmore, Owings & Merrill (SOM) to design the unique planters that are set around the entrance steps into Cabot Square, and also found at Wren Landing.