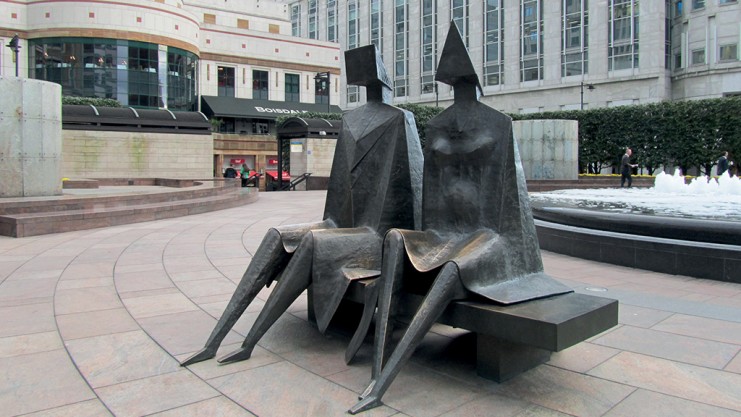 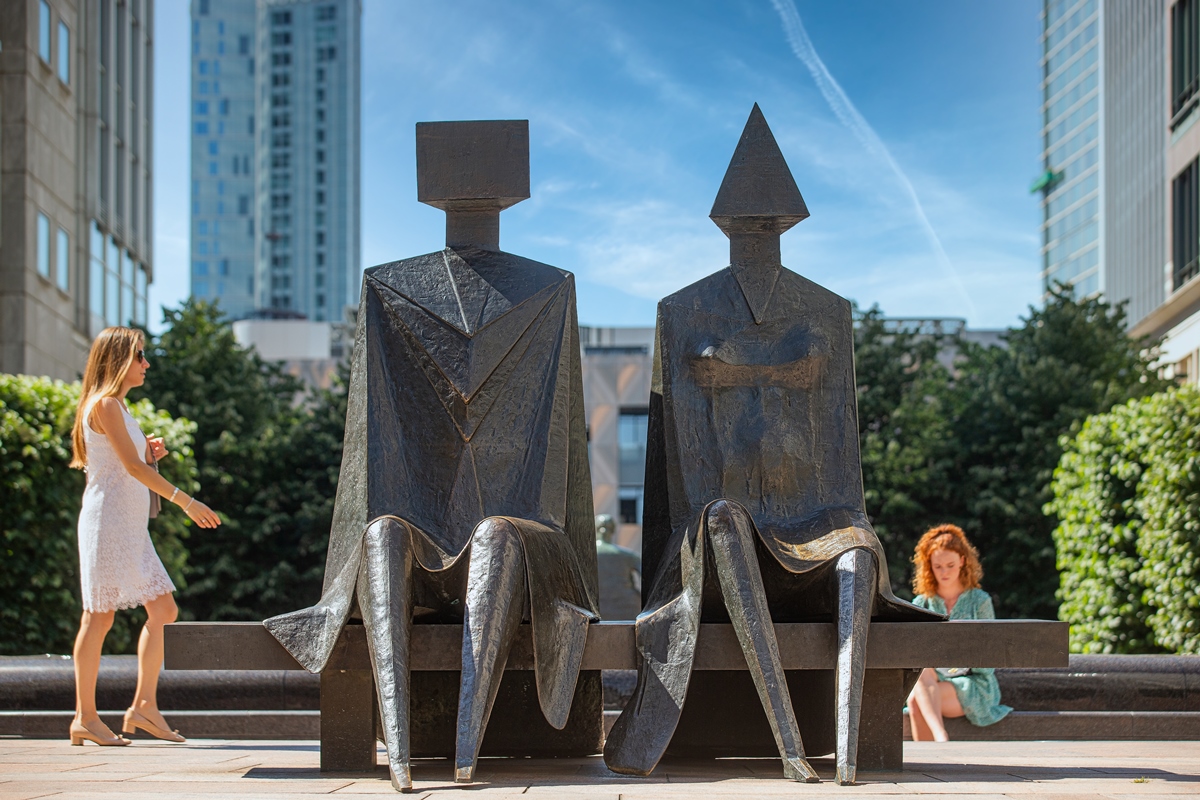 Lynn Chadwick (1914-2003) began his career as an architectural draughtsman but after World War II he took up sculpture. Couple on Seat is one of his later works. He produced many pieces with figures in various positions, following in the tradition of sculptor Henry Moore.