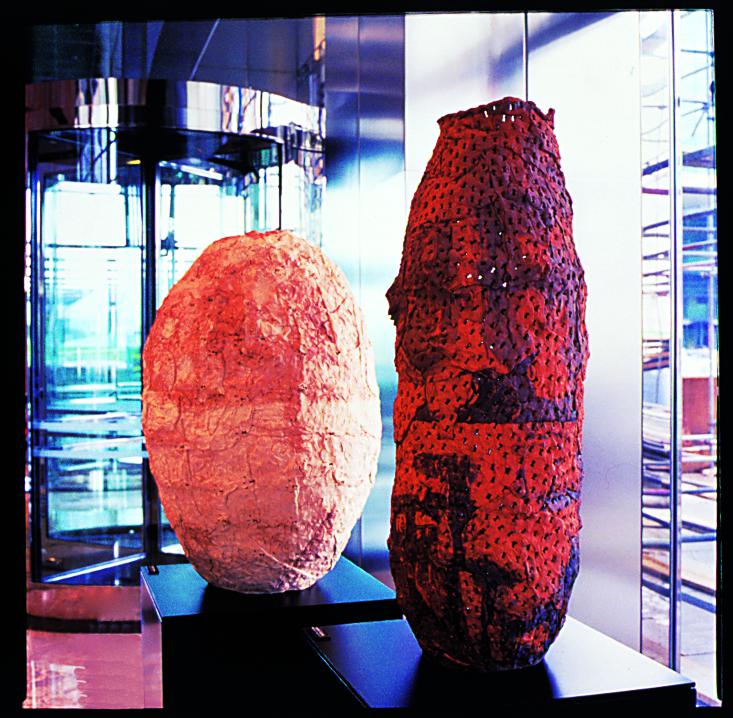 Four works from Lawson Oyekan’s series Trail with Light are on permanent display in the lobby of One Canada Square. These rough-hewn terracotta vessels have been described by Oyekan as reflecting emotional experiences in their surfaces. They look as if they have been exploded and put back together again.
Oyekan was born in South London and raised in Nigeria. In 2001 he won the Grand Prix Award in the 1st World Ceramic Biennale, held in Korea. He had a solo exhibition at Canary Wharf in 2011.
Previous Next

Thanks for signing up. You will receive a confirmation email soon.

Please enter the required information and try again.
×
We use cookies to ensure we give you the best experience on our website. You can change your cookie settings at any time. By continuing to use this site you are agreeing to our cookie policy.Continue