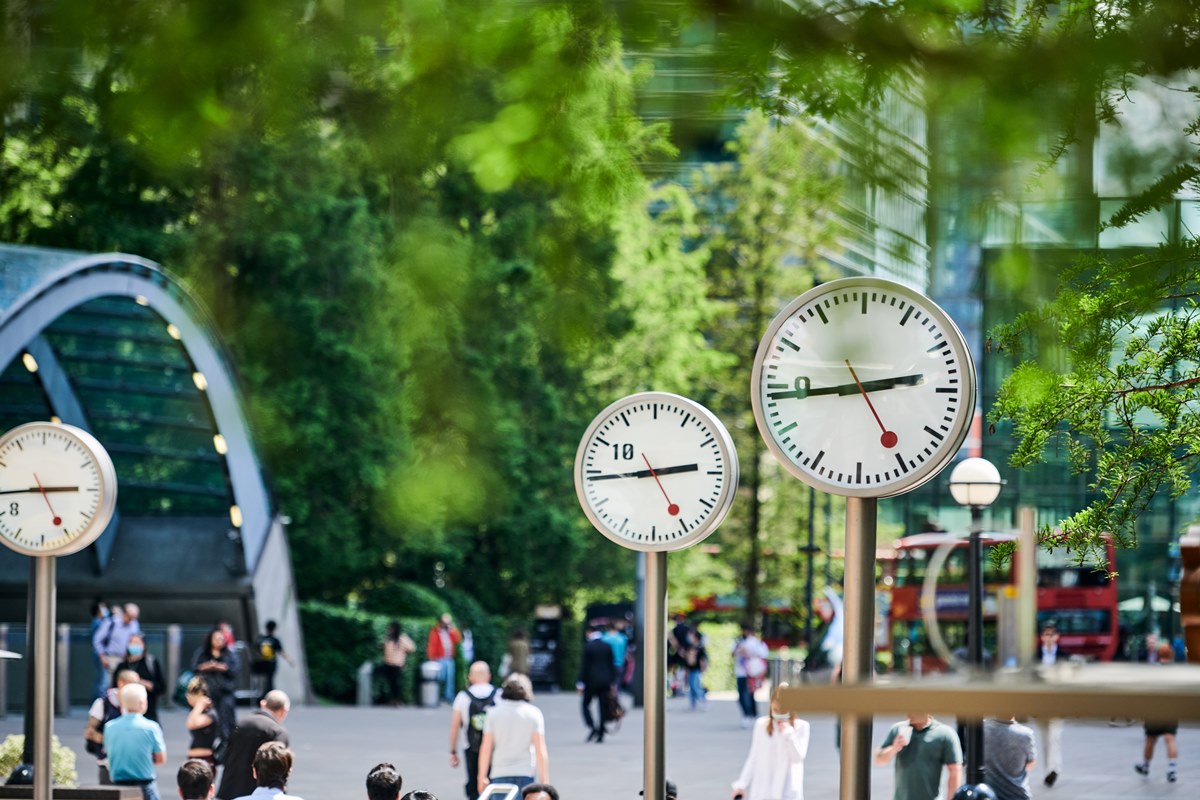 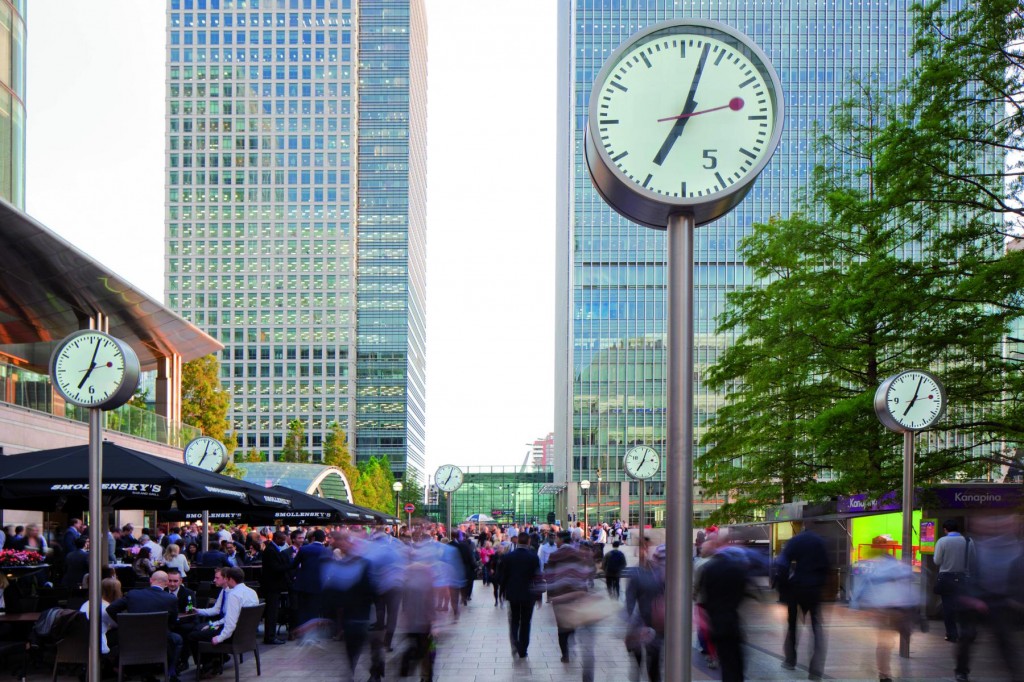 Six Public Clocks by Konstantin Grcic was the winning design in a competition inviting proposals for this public space. His playful installation is based on the iconic Swiss railway clock but here each of the 12 faces shows a single and different numeral.

German designer Grcic is best known for his furniture and product design. Based in Munich but working internationally, Grcic has won numerous prestigious awards, such as Honorary Royal Designer for Industry awarded by the RSA in 2009.