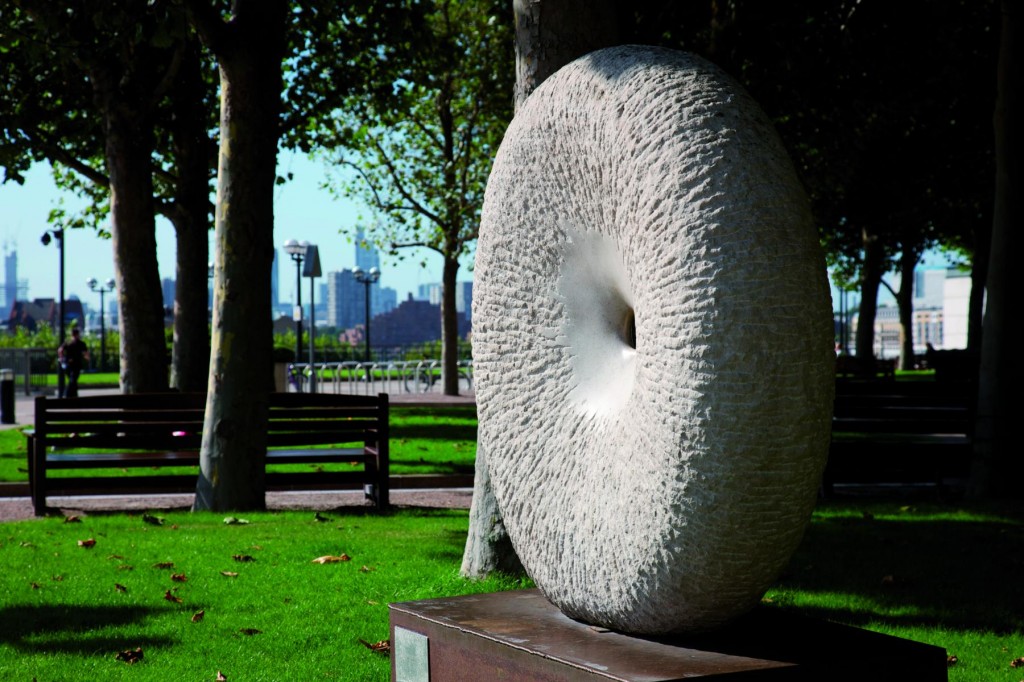 Vanishing Point looks a little like the shell of a mythical sea creature that has perhaps been washed up from the Thames. The stone has been polished to reveal the natural, lined core.

Having trained as a stonemason in Canada, Battle came to England to study stone carving and in 1997 became Head Carver at Salisbury Cathedral, contributing to its constant restoration works at the same time as running his own studio where he creates contemporary, self-expressive work.