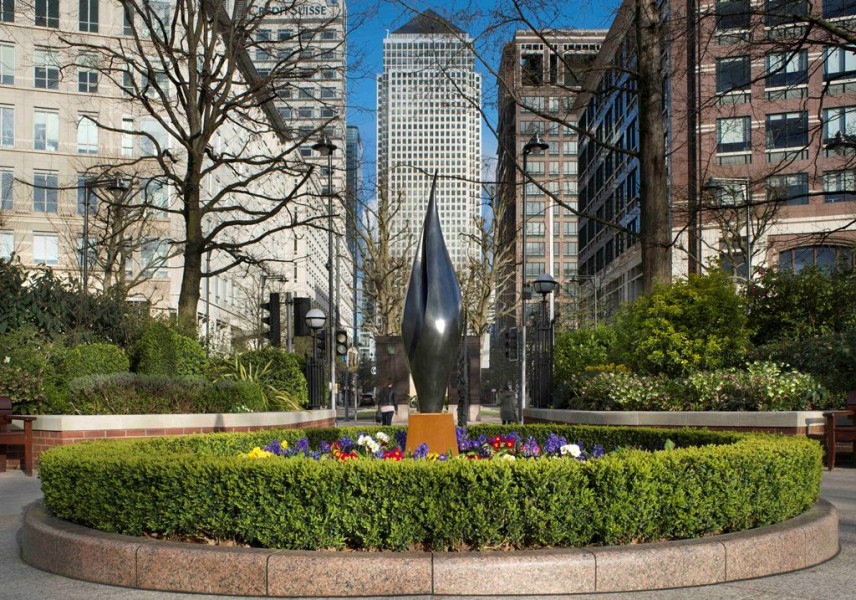 Hugh Chapman’s Growth Form 2012 was cast at the nearby Bronze Age foundry in Limehouse. Suffering a head injury as a teenager, Chapman turned his back on academia to concentrate first on ceramics before turning to photography.

He later returned to ceramics and sculptural form but soon began experimenting in other media, creating larger and bolder works. His work expresses what his experiences have taught him: the importance of life and light, contrast and reflection.