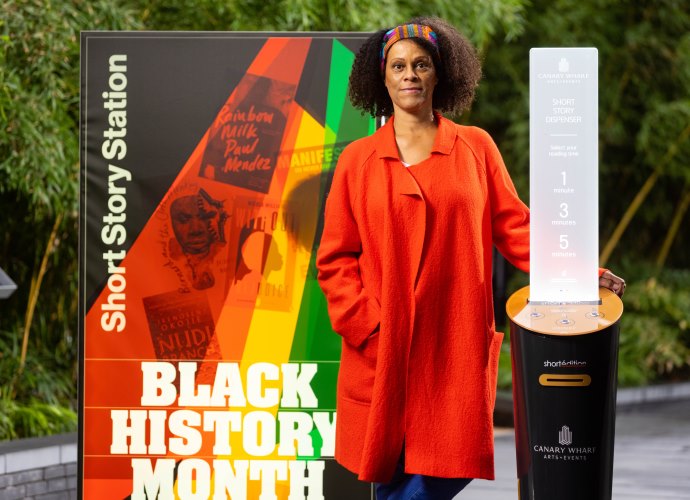 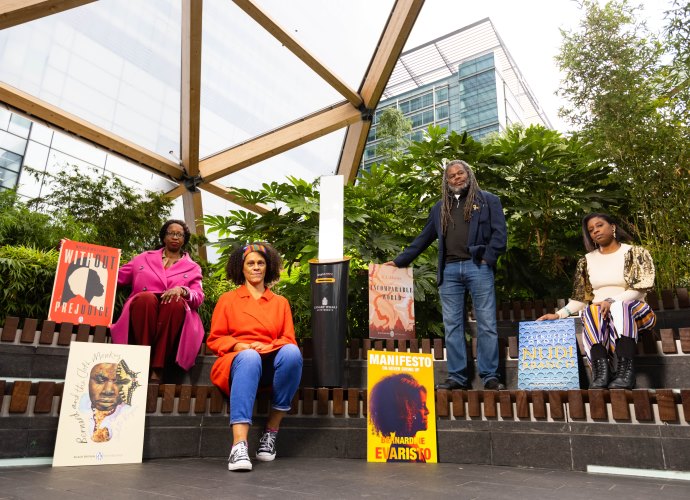 The joint winner of The Booker Prize 2019 for Girl, Woman, Other and the first Black female author to top the fiction chart in the UK, Bernardine is on a mission to champion the often-underrepresented work of Black British authors with her fantastic Black Britain: Writing Back campaign.

Bernardine has selected extracts from five books written by Black British authors, as well as an extract from her new book Manifesto. The five authors selected by Bernardine are Paul Mendez, Irenosen Okojie, Nicola Williams, Judith Bryan and S.I. Martin with stories covering topics including race, class, sexuality, freedom and religion across generations, time and cultures. All the stories can be printed for free from the Canary Wharf’s Short Story Stations.

Nicola Williams started her career as a barrister in private practice, specialising in Criminal Law, including three successful Commonwealth death penalty appeals before the House of Lords sitting as the Privy Council. She was a legal expert on BBC World for the OJ Simpson trial verdict in 1995 and a member of the first Independent Advisory Group to the Metropolitan Police Service (following recommendations arising from the Stephen Lawrence Report [1999]). She has been a part-time Crown Court Judge since 2010. A former winner of Cosmopolitan magazine Woman of Achievement Award, she is an active volunteer for the Speakers for Schools programme, a charity which encourages young people from disadvantaged and under-represented communities to enter the professions.

Bernardine Evaristo, MBE, is the award-winning author of eight books of fiction and verse fiction that explore aspects of the African diaspora. Her novel Girl, Woman, Other made her the first black woman to win the Booker Prize in 2019, as well winning the Fiction Book of the Year Award at the British Book Awards in 2020, where she also won Author of the Year, and the Indie Book Award. She also became the first woman of colour and black British writer to reach No.1 in the UK paperback fiction chart in 2020. Her writing spans reviews, essays, drama and radio, and she has edited and guest-edited national publications, including The Sunday Time’s Style magazine. Her other awards and honours include an MBE in 2009. Bernardine is Professor of Creative Writing at Brunel University, London, and Vice Chair of the Royal Society of Literature. She lives in London with her husband.

Specialising in the fields of Black British history and literature, S I Martin is a writer and heritage consultant who has undertaken projects and curated exhibitions for numerous organisations including the National Archives, English Heritage, the National Maritime Museum, the Museum of London, the education and archive departments of several London boroughs and the BBC. He is the author of the novel Incomparable World and the non-fiction title Britain’s Slave Trade. He is the founder of the 500 Years of Black London walking tours.

He has conducted writing and historical research projects in several universities worldwide.

His novels for younger readers include Jupiter Williams and Jupiter Amidships.

Paul Mendez is a London-based novelist, essayist and screenwriter. Born in 1982 and raised Jehovah’s Witness in the Black Country, Mendez disassociated himself from the Witnesses while still a teenager. In 2020, Dialogue Books published Rainbow Milk, which featured in the Observer’s prestigious Top Ten Debut Novels list and was shortlisted for the Gordon Burn Prize. He has contributed to The London Review of Books, Esquire, The Face, Vogue, the Times Literary Supplement and the Brixton Review of Books, and is currently reading the MA in Black British Literature at Goldsmiths, University of London.

Irenosen Okojie is an experimental Nigerian British author whose works push the boundaries of ideas, form and language. Her books Butterfly Fish, Speak Gigantular and Nudibranch have won and been shortlisted for multiple awards. Her writing has been featured in The New York Times, the Observer, the Guardian, the BBC and the Huffington Post. Her short story, Grace Jones won the 2020 AKO Caine Prize. A fellow and Vice Chair of The Royal Society of Literature, she was awarded an MBE For Services to Literature in 2021.

Judith Bryan is an award winning writer, playwright and academic. Her debut novel, Bernard and the Cloth Monkey, won the 1998 Saga Prize and was republished by Penguin in February 2021 for the Black Britain: Writing Back series, curated and with a new introduction by Booker-prize winner Bernardine Evaristo. Her short fiction and non-fiction have been published in various anthologies and magazines. Her play, ‘A Cold Snap’, was shortlisted for the Alfred Fagon Award 2008, produced in 2011 as Keeping Mum. Judith is a Hawthornden Fellow, and recently received a Royal Society of Literature Award, with Carol Russell, for their project ‘Raised Voices: recovering the voices and vision of black women playwrights over 45’. She is currently completing her second novel. 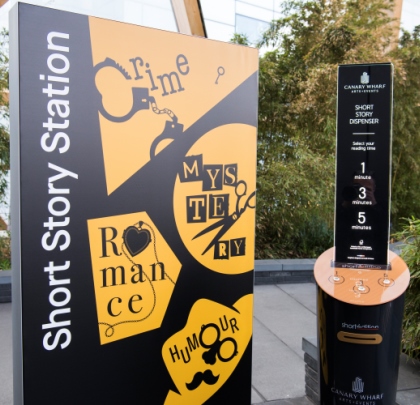 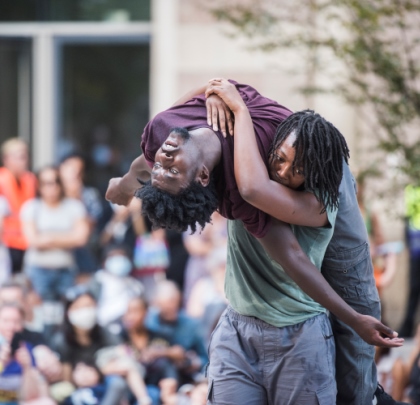