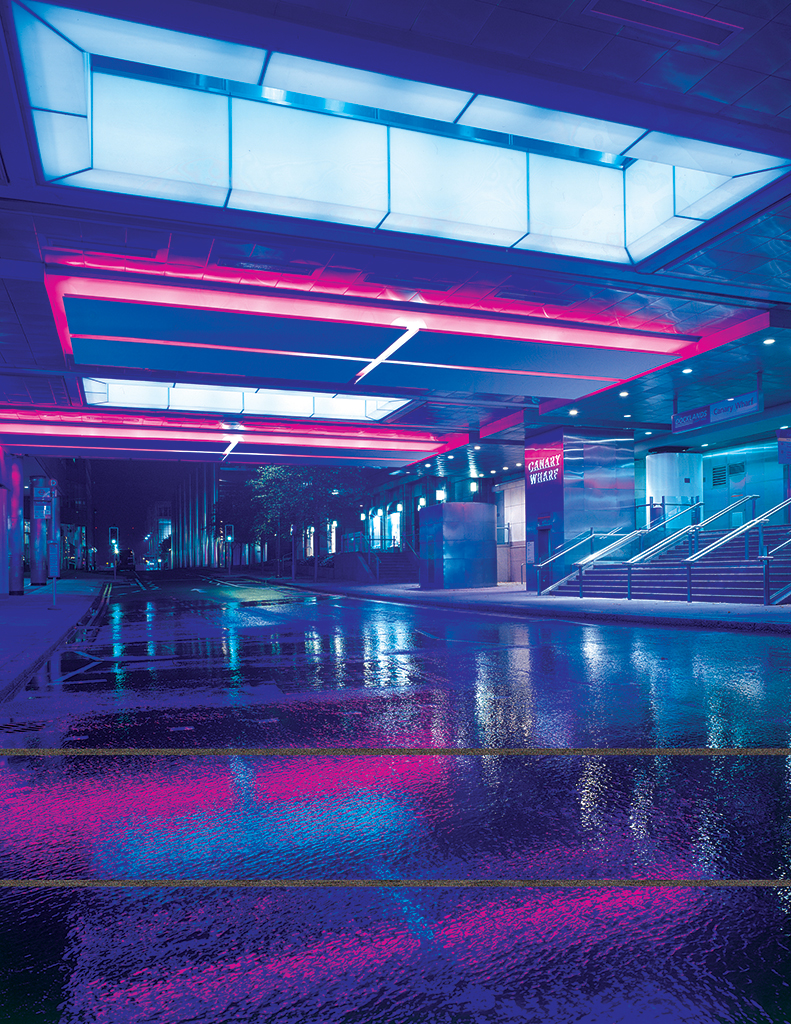 Martin Richman’s Float was designed to transform an otherwise unremarkable space into an uplifting and extraordinary visual experience after dusk. His working life began as a lighting designer in the music industry, but from 1985 he started his artistic career exploring the medium of light.

He has had numerous exhibitions as well as permanent public commissions and temporary projects. In 2010 he completed a scheme with Eric Parry Architects, illuminating the faience façade of a building in Bond Street, London.