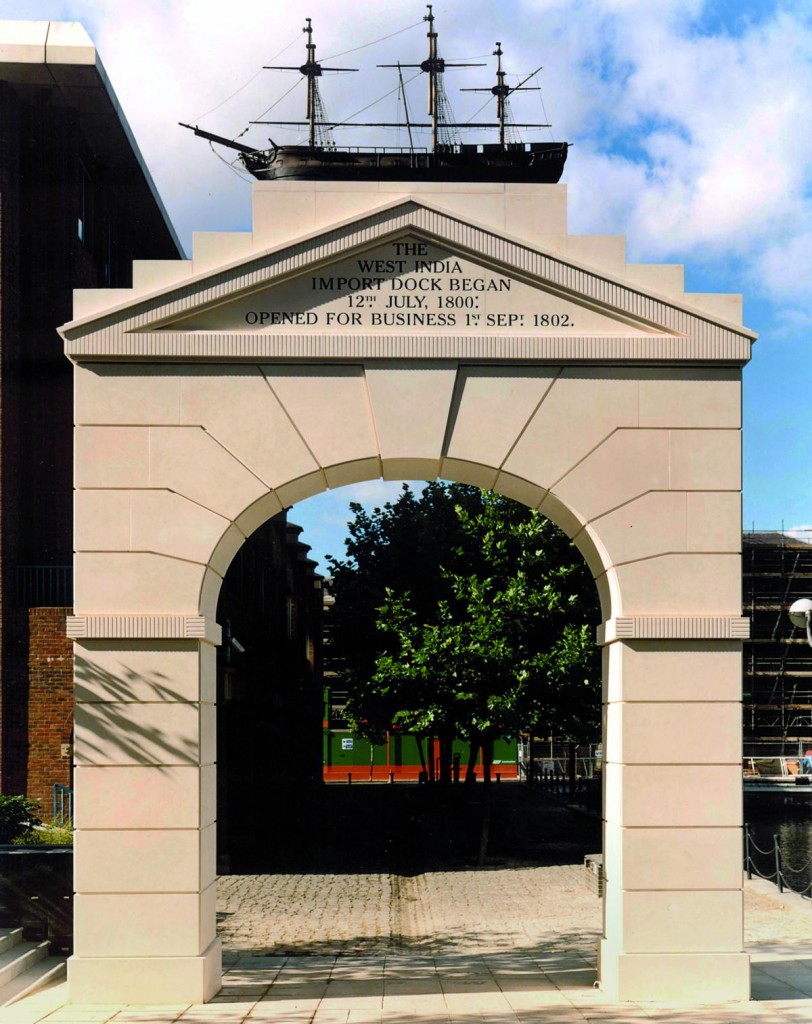 This replica of the main gate was commissioned to commemorate the original entrance to the West India Docks, which was built in 1803, and demolished in 1930. Atop of the gate sits the Hibbert ship, a West Indiaman which went to sea between 1785 and 1813. Named after George Hibbert, the chairman of the docks, the ship travelled extensively to the West Indies, bringing back sugar, rum, cotton, coffee and tropical hardwoods. Hibbert was linked with the slave trade and indeed owned a number of slaves in the West Indies. This reprehensible trade was banned in the UK in 1791 and the Main Gate, or ‘Hibbert Gate’ as it was sometimes known, was meant to be a memorial to the docks and history of the area.