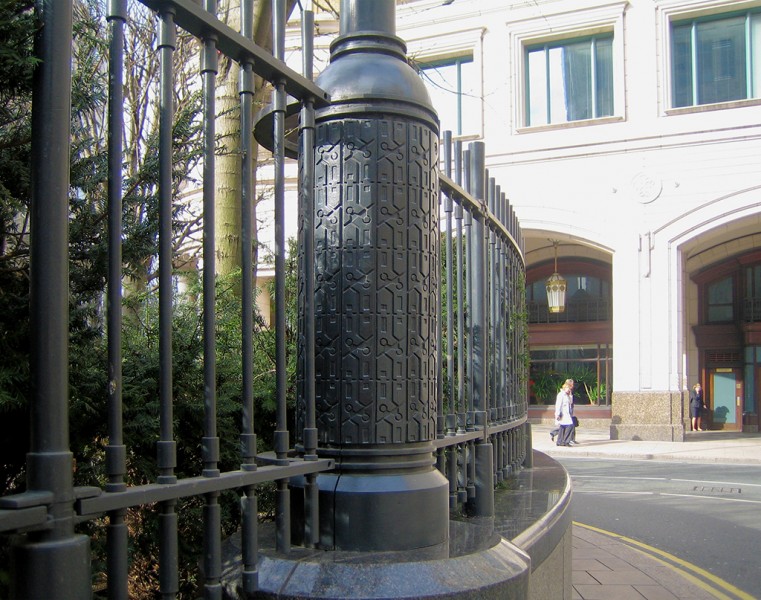 A master craftsman in architectural and domestic forged ironwork, James Horrobin worked with architects Skidmore, Owings & Merrill (SOM) to design two sets of railings for Canary Wharf. The perimeter Cabot Square Railings are reminiscent of the cogs on a steam engine, and make a subtle addition to the ambience of this popular square.

Horrobin has created a wide diversity of architectural, ecclesiastic, domestic and sculptural works from his Doverhay Forge Studios in Somerset.