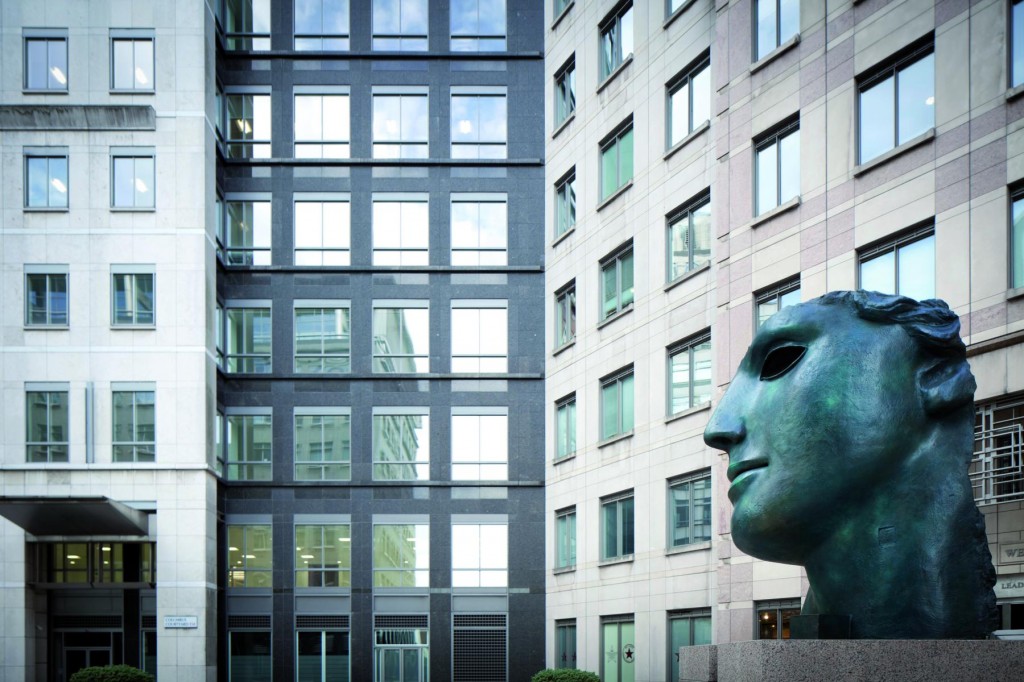 Igor Mitoraj (1944-2014) was born in East Germany of Polish/French parents and studied classical painting in Krakow before moving to Paris in 1968, and later travelled in South America. His enigmatic and monumental sculptures combine the surreal with the antiquity of Greece and Rome.

At Canary Wharf there are three of his works, representing some of the themes that occupied him. Centurione I represents the head as an incomplete mask, suggesting the surviving part of an enormous whole.