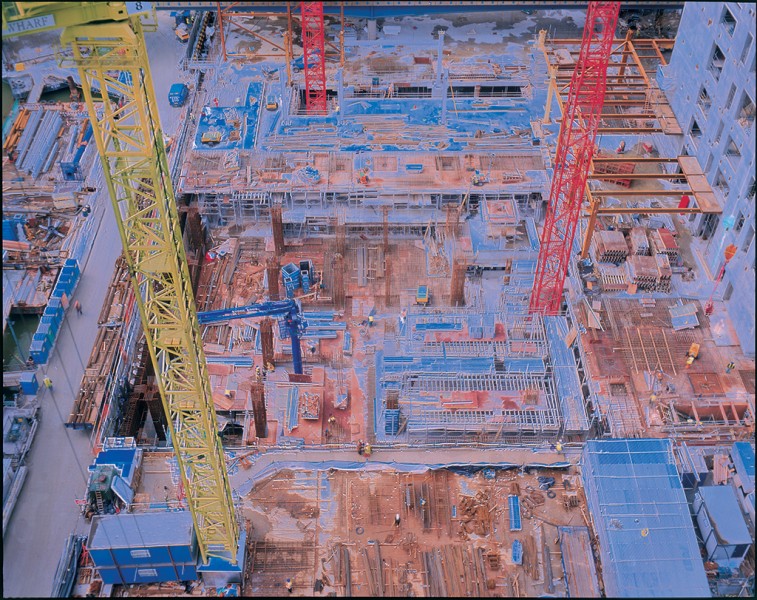 Descent: HQ3 is one of three large-scale photographic images of buildings on the estate under construction commissioned by Canary Wharf Group. Between November 2001 and January 2002 Yass requested permission to take photographs and film from one of the Canary Wharf towers under construction, for a body of work that was exhibited for her Turner Prize nomination in 2002.

Yass is noted for her films and intensely-coloured photographs that often combine the positive and the negative.