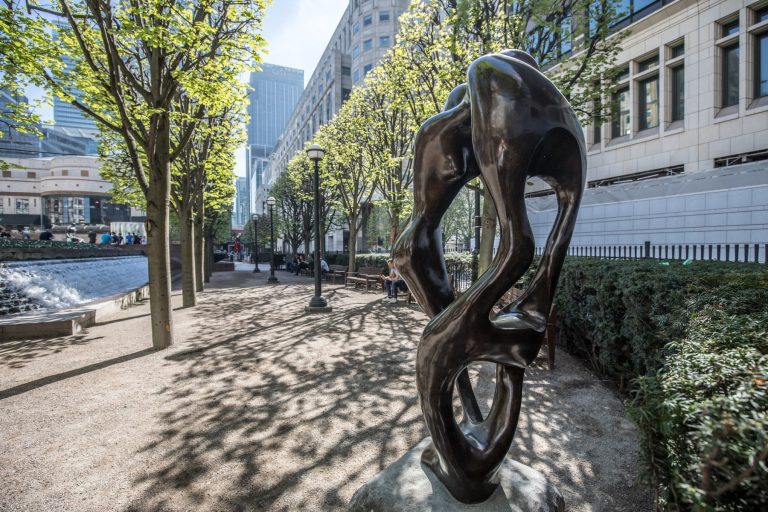 Following a serious operation, Bob Allen was advised to take up carving to strengthen his left arm. Discovering he had talent, Allen began creating sculpture, taking his inspiration from nature, often carving wood using traditional tools and working in the open air.

It Takes Two is a bronze cast of a carving from the fallen bough of an ancient English Yew listed in the Domesday Book. Allen’s aim is to reveal the hidden quality in the wood, and here it was the female form that emerged first, later complemented with a male form.