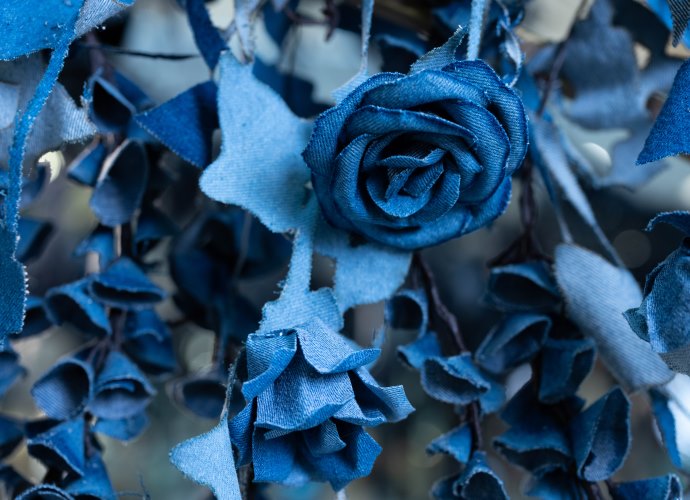 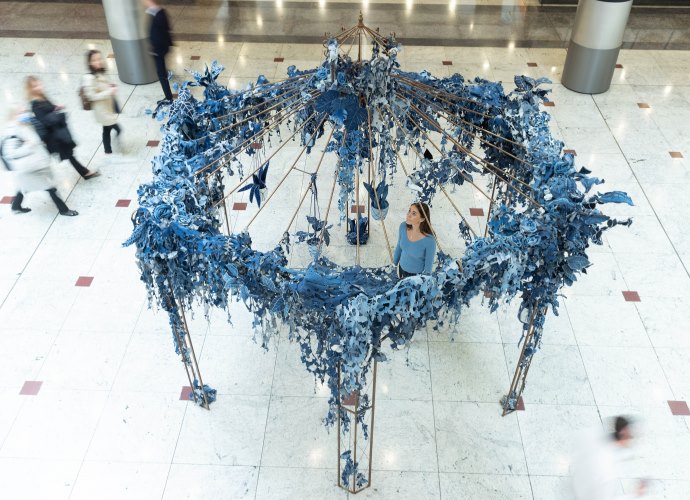 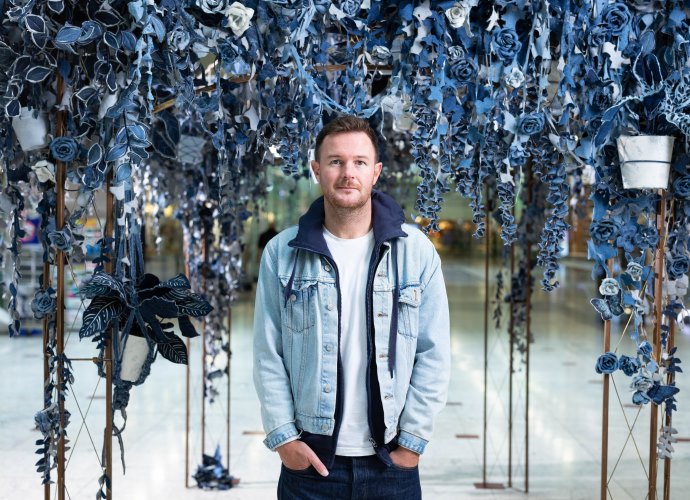 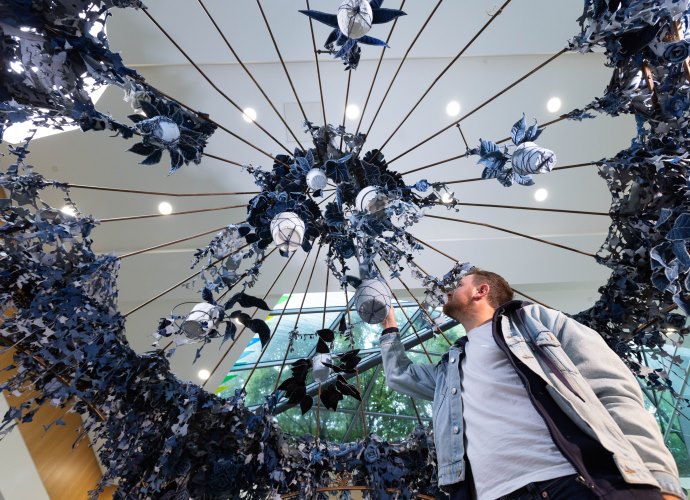 Launched on Earth Day, the Swap Station clothes donation bank allowed shoppers to give in their old clothes in return for shopping vouchers. Denim items such as jeans, jackets and accessories were selected by Berry who spent the last six weeks transforming them into a piece of exclusive art, which will sit in the centre of Jubilee Place mall for six weeks.

The artwork was designed as a pagoda-style installation that shoppers can walk through or simply stand in for a few peaceful moments. Pieces of denim of different sizes were cut into the shapes of flowers and plants using a lasering technique and then meticulously attached, one by one, to the base structure of the pagoda.

Any clothes not used for the art were donated to Love Not Landfill, a non-profit campaign to encourage fast fashion fans to buy second-hand, swap, recycle and give to charity. They collected more than 400kg of clothes.

The Swap Station campaign forms part of Canary Wharf’s ongoing investment in public art and sustainability. The Urban Refuge joins over 110 works by over 50 international artists currently in place around the Estate, with new installations and exhibitions launching throughout the year.

Poplar-based artist Berry is world-renowned for his work turning old denim into striking visualisations, notably creating celebrity portraits including Debbie Harry and Giorgio Armani. He is known for intricate works depicting real life in collections including Behind Closed Doors and My Beautiful Launderette in 2016 and Hotel California in 2019. 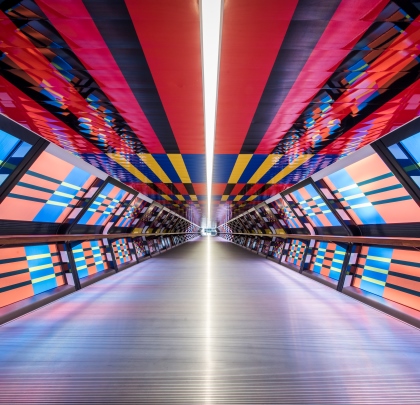 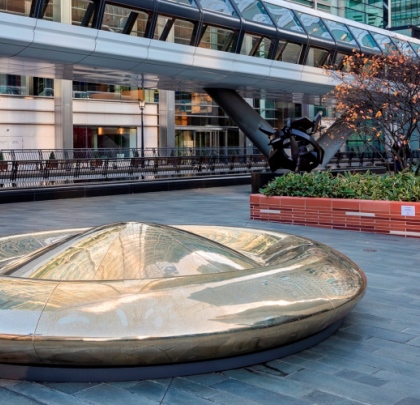 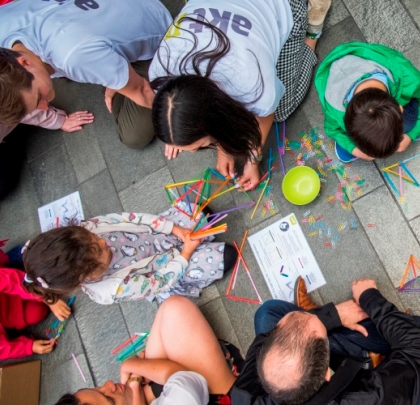 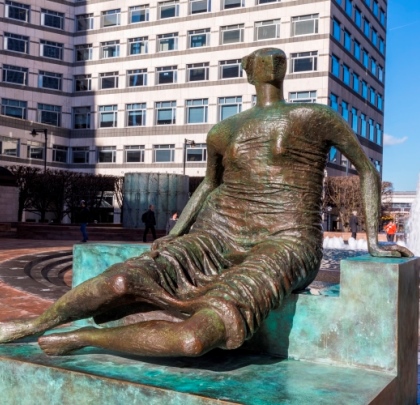 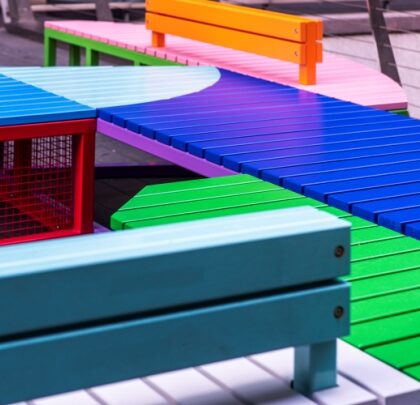 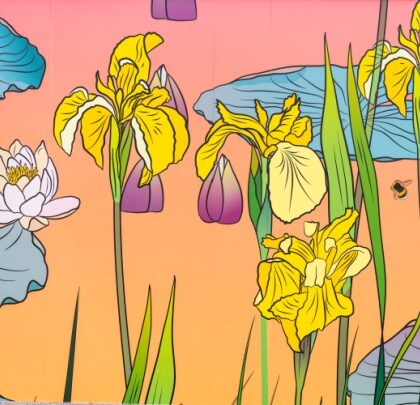 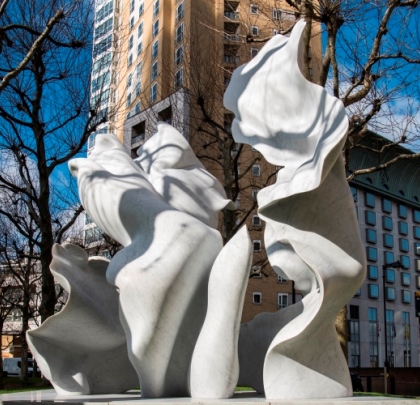 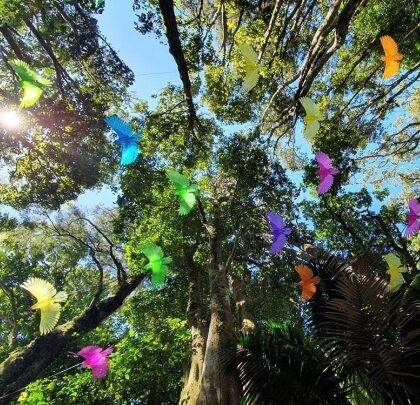 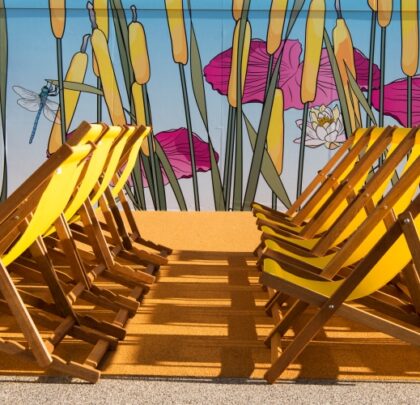 What’s On in July 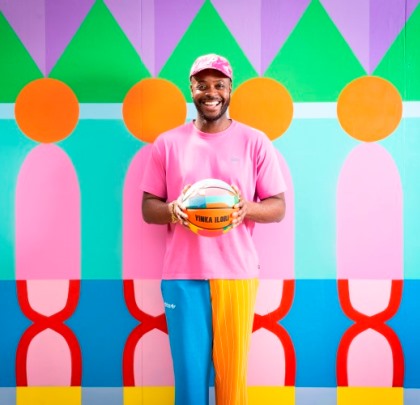 Yinka Ilori: Be The Best You Can Be