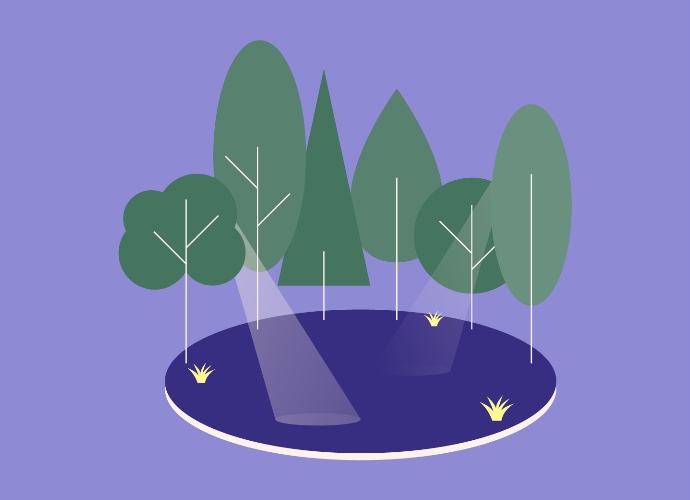 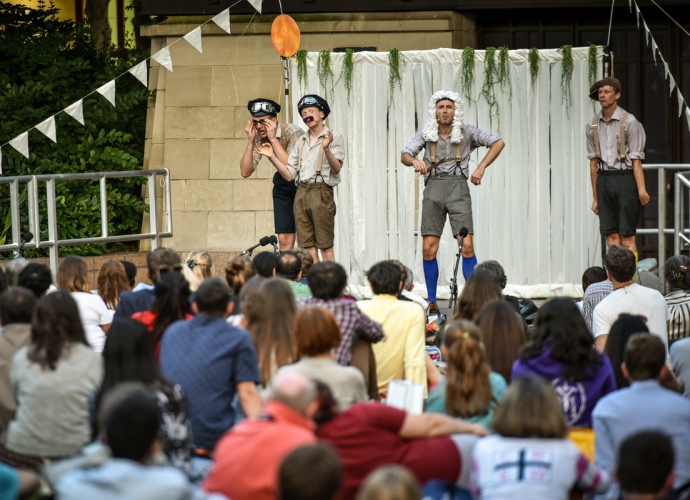 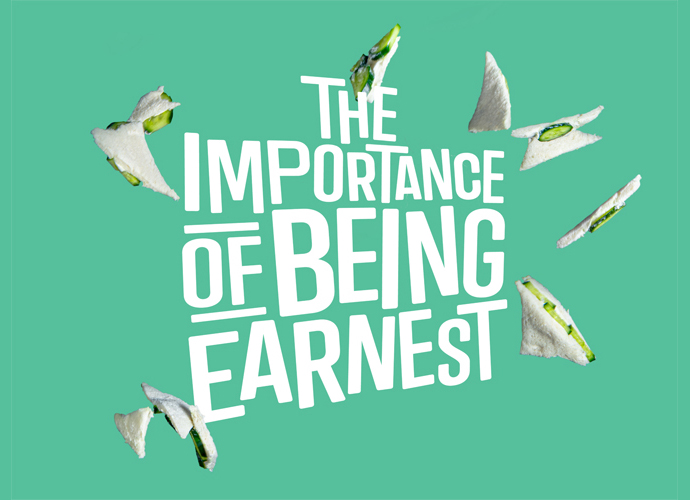 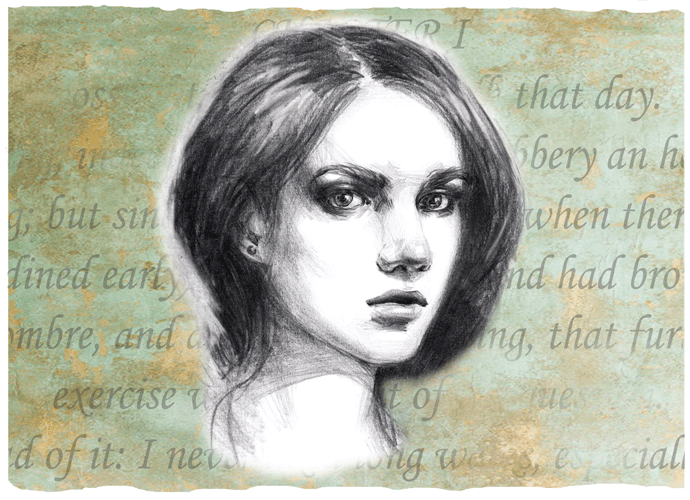 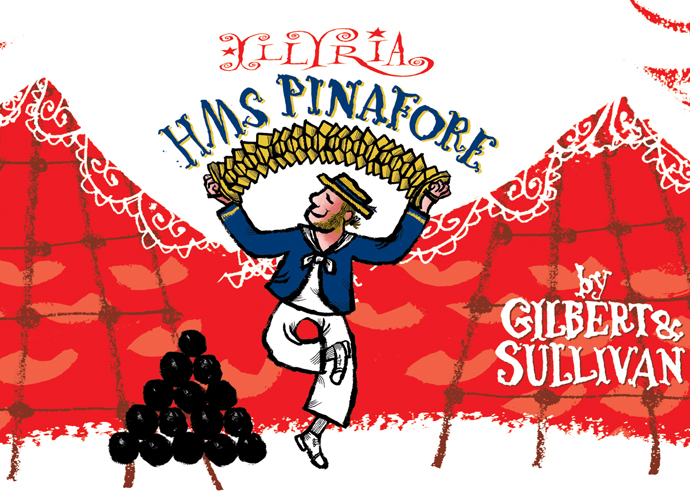 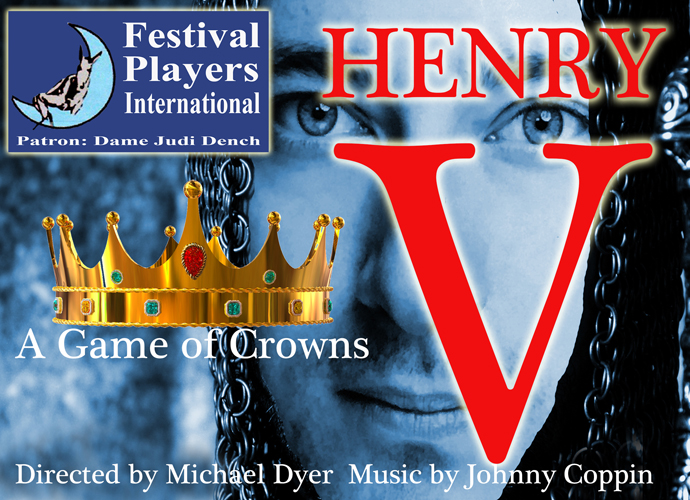 The magical Westferry Circus welcomes you into new theatrical worlds every Monday in July to enjoy some amazing al fresco theatrical productions.

Enjoy performances of classic plays from Shakespeare, Bronte, Wilde, and Gilbert & Sullivan from four fantastic theatre troupes. Each performance begins at 7pm, bring along your picnic and be transported to new and wonderful worlds as dusk falls on Canary Wharf.

So, bring along your picnic and be transported to new and wonderful worlds as dusk falls on Canary Wharf.

Monday 5 July – The Importance of Being Earnest by Slapstick Picnic

Slapstick Picnic would like to cordially invite you to its inaugural summer tea party, where marvellous feats of performance and culinary capers await. Over tea and cucumber sandwiches, we ask that you prepare to witness the impossible – the entirety of Oscar Wilde’s classic play of manners, affairs and handbags being performed by just two rather dashing entertainers.

From the creators of The HandleBards comes a fantastically wild(e) new production, ripping up the recipe book and celebrating silliness. With Slapstick Picnic, you can have your cake and eat it.

Charlotte Bronte’s masterpiece is brought vividly to life in this new stage adaptation. From the cruelty of Jane’s life as a child to the passions and mysterious secrets of her adult life, this is the story Jane Eyre, an orphan with no love or family. Only the spirit to endure and grow into a strong and independent woman.

DOT Productions return in their 11th year of touring with another adaptation of a well-loved English classic. Charlotte Bronte’s bold and enduring novel is full of gothic drama and heart wrenching choices that translate onto the stage in a powerful production played out by 5 actors that is not to be missed!

Set on board the warship HMS Pinafore, this opera cheerfully mocks such Great British institutions as Class, Patriotism, and the Royal Navy. Josephine the captain’s daughter is in love with Ralph a common sailor, but her father wants her to marry Sir Joseph Porter, First Lord of the Admiralty. The couple are caught as they elope from the ship and Ralph is locked in the ship’s dungeon. Only when certain revelations are made by Buttercup, a dockside vendor, can everyone end up freely marrying their true hearts’ loves.

This wonderful comic opera gets the complete Illyria treatment, faithfully performed with the full score by a reduced cast on a beautiful nautical set.

Now in its 30th year, Illyria are an award-winning company who have delighted audiences the length and breadth of the UK, and in the Netherlands, Germany, Switzerland, France, the United States and Canada performing some of the most well-loved productions on offer.

After a rebellious and spirited youthhood, carousing in the taverns of London, Prince Hal takes on the responsibility of Kingship and leads his troops, of low and high station, across the Channel to do battle with the French at Agincourt. Follow the charismatic King Henry the Fifth in this stirring tale of leadership, bravery, humour, and love; two hours of exhilarating entertainment for a Summer’s evening. 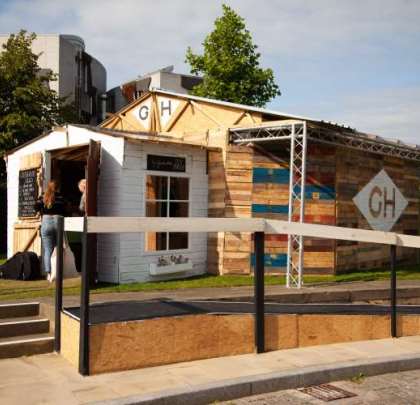